Contained within are three Dungeon World funnels each designed to test the determination and bravery of three to six normal everyday folk in the face of abominable creeping evil.

The first, Saviors of Hogtown: Porcine villagers are called to rise above their station and save someone else’s bacon.

The second, The King Beneath the Castle: Simple townsfolk escape certain doom only to stumble upon a far more sinister danger.

The third, Shark God’s Chunder: A sleepy seaside town is thrust into chaos when a leviathan vows revenge.

Also included in this supplement:

►Supplemental material to help you make the most of your adventure.

►Tables for random mutations of Aspect & Form as well as a number of Occurrences at Camp. 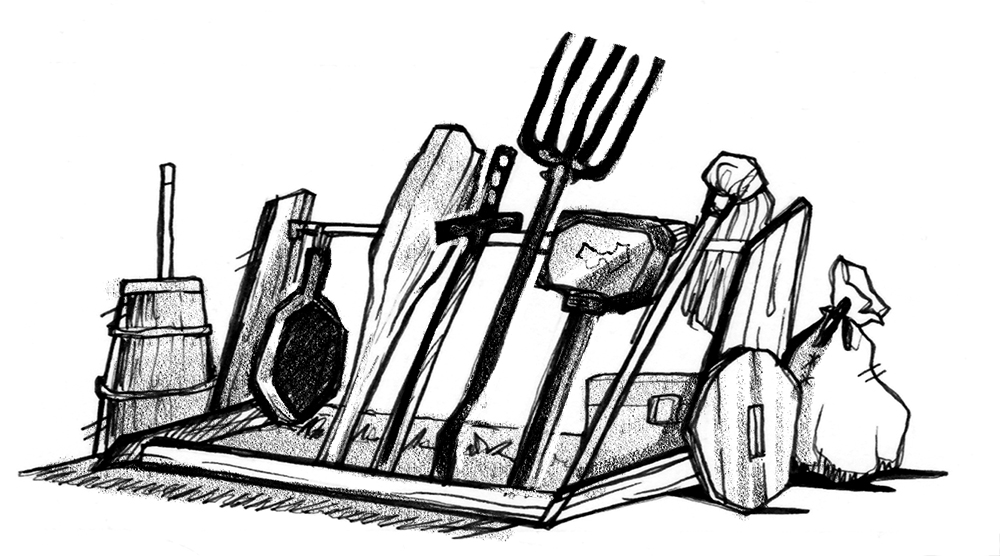 For three to six players and one GM

Saviors of Hogtown is the product of Moth-Lands productions

Writing and Design by Justin Ford

With Art by Al Lukehart

Dare to dream a #SWORDDREAM 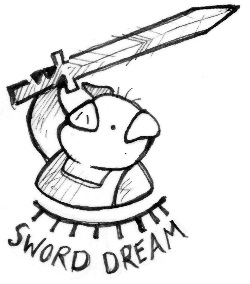 There are two ways to snag a print copy of Saviors of Hogtown.

In order to download this tabletop game you must purchase it at or above the minimum price of $7 USD. You will get access to the following files:

Saviors Of Hogtown is a bit of an odd beast. It's a pack of three funnel adventures, but for Dungeon World.

Historically, funnels are crunchy and murder-y, and Dungeon World naturally wants to be a bit more narrative-y, but Saviors walks the tightrope between these two elements really well. So if you like OSR *or* PbtA, there's something for you here---and you can either swap out the engine or tone down the lethality if either of those elements is a deal-breaker.

Content-wise, Saviors is 42 pages, black and white, with clean layout and fun, largely whimsical illustrations. It also includes an overview for how to get the most out of a funnel in Dungeon World, as well as solid rules for starting 0 level Dungeon World characters, and some really excellent rules for managing mind control that I wish were featured in more systems.

The first adventure, the eponymous Saviors of Hogtown, starts as a fairly standard villagers-go-off-to-fight-invaders number, but by the end gets subverted into a pretty potent existential twist. The PCs' squishiness feels like it might undermine their chance to discover the twist, but this adventure is also runnable for more stalwart level 1 adventurers as well.

The second adventure, The King Beneath The Castle, you play as inhabitants of a besieged castle looking for an ancient source of power that might be able to reverse their miseries. King Beneath has much less of a twist, but leans on its extremely solid atmosphere and sense of curiosity and dread to pull the players along.

The third adventure, Shark God's Chunder, is a delightfully dungeonpunk number where a coastal town has accidentally toxified their shark god is and reaping the direct consequences of that. In this case, the adventure concept carries it for leagues---although its atmosphere and structure are super solid too.

Overall, Saviors is an excellent pack of adventures for Dungeon World, and worth converting to other systems as well. It's well-built, easy to use, and most importantly fun. If you like pulpy fantasy adventure games I would strongly recommend grabbing a copy.

I love the art so much, I really enjoy the style

Right!? You can find more art by the artist at https://www.lukehartstudio.com/ 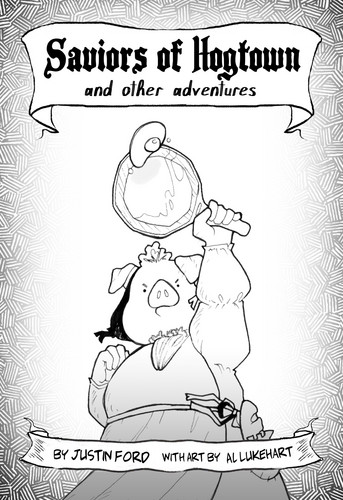 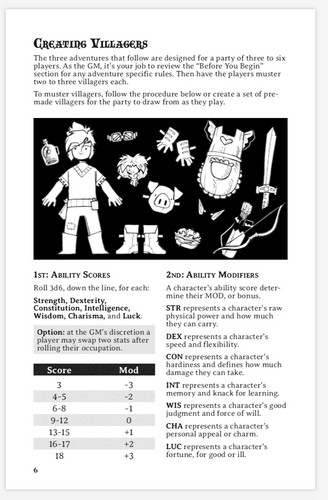 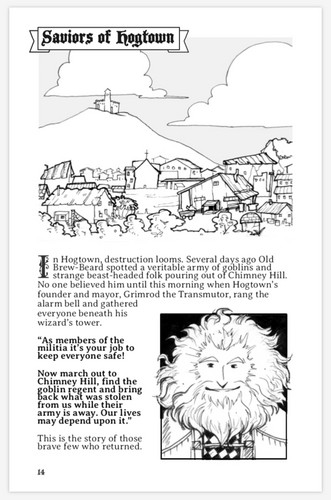 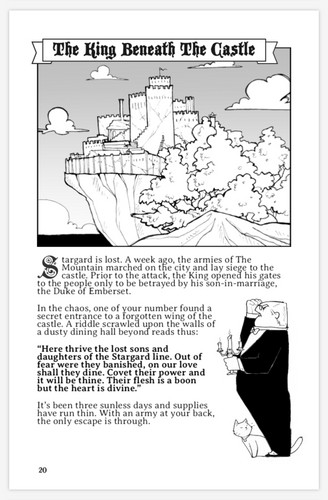 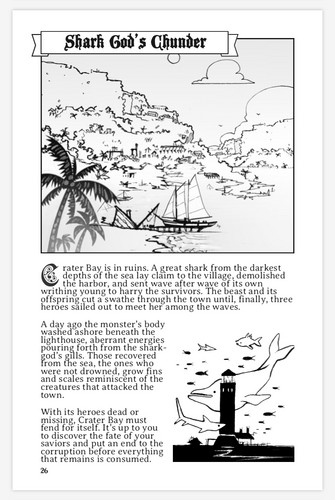